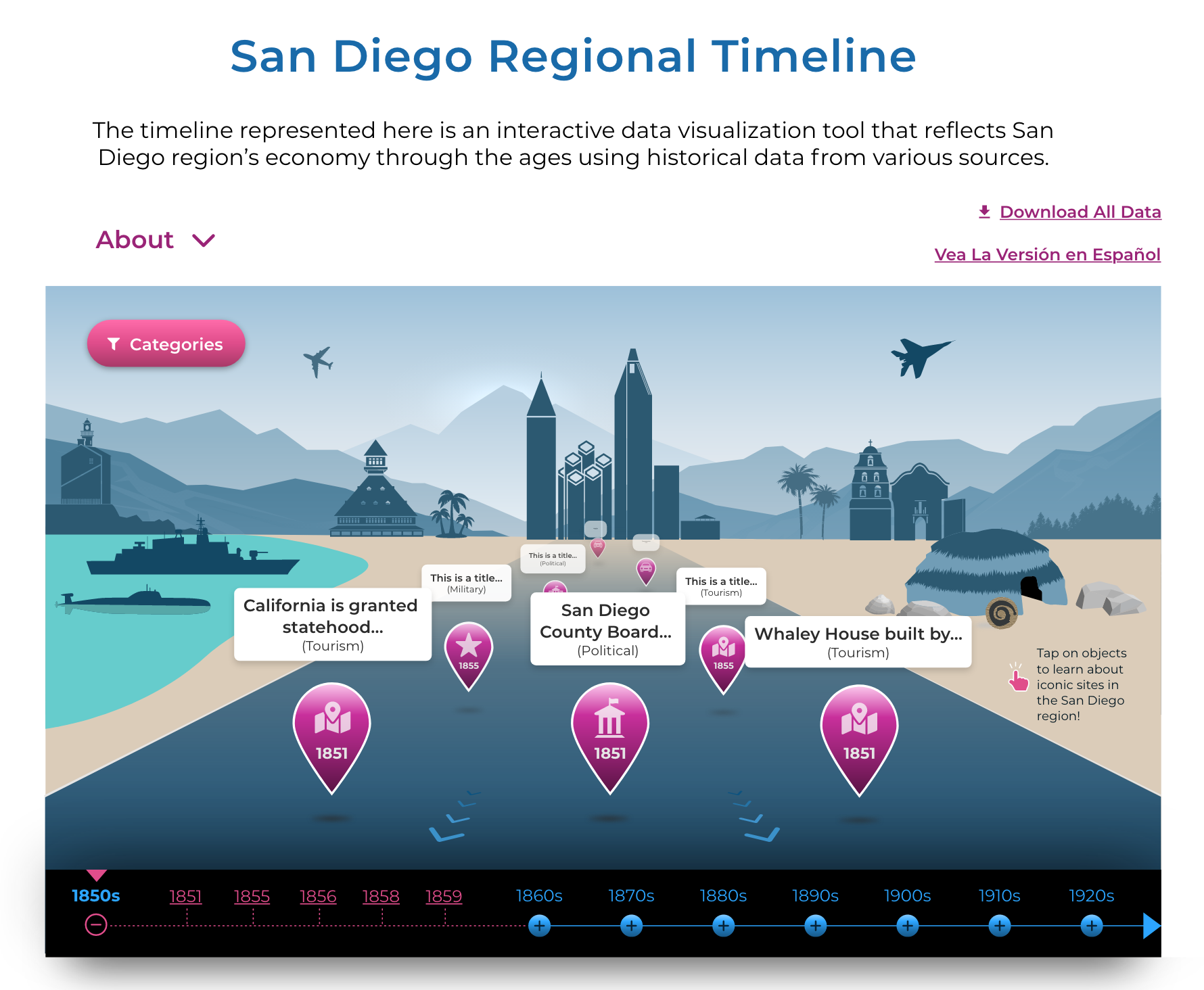 The San Diego region is rich in history, with a vibrant economy built of diverse communities. Once characterized as a sleepy Navy town, later as a tourist destination, San Diego’s economy has diversified and matured over the last 75 years as the population has increased from under 300,000 to 3.4 million residents.

The timeline is an interactive data visualization tool that reflects San Diego region’s economy through the ages using historical data from various sources, built in partnership with the San Diego Association of Governments (SANDAG).